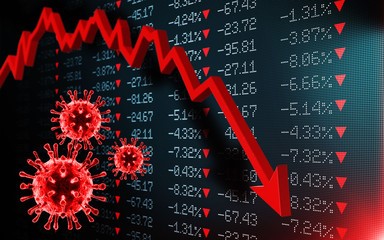 BANK OF CANADA PUTS THE ECONOMY ON LIFE SUPPORT

On the heels of a devastating decline in the Canadian economy, the Bank of Canada is taking unprecedented actions. With record job losses, plunging confidence and a shutdown of most businesses, this month’s newly released Monetary Policy Report (MPR) is a portrait of extreme financial stress and a sharp and sudden contraction across the globe. COVID-19 and the collapse in oil prices are having a never-before-seen economic impact and policy response.

The Bank’s MPR says, “Until the outbreak is contained, a substantial proportion of economic activity will be affected. The suddenness of these effects has created shockwaves in financial markets, leading to a general flight to safety, a sharp repricing of risky assets and a breakdown in the functioning of many markets.” It goes on to state, “While the global and Canadian economies are expected to rebound once the medical emergency ends, the timing and strength of the recovery will depend heavily on how the pandemic unfolds and what measures are required to contain it. The recovery will also depend on how households and businesses behave in response. None of these can be forecast with any degree of confidence.”

“The Canadian economy was in a solid position ahead of the COVID-19 outbreak but has since been hit by widespread shutdowns and lower oil prices. One early measure of the extent of the damage was an unprecedented drop in employment in March, with more than one million jobs lost across Canada. Many more workers reported shorter hours, and by early April, some six million Canadians had applied for the Canada Emergency Response Benefit.”

Read the full article on the dominionlending.ca website here >>